Putting You On Notice

If there was any doubt about this previously, then it was surely shattered by the countless leaks that have occurred in recent years highlighting a growing list of senior global government officials (and their networks) connected to vast amounts of perfectly layered wealth in the form of bank accounts, property, front companies and other offshore vehicles.

The problem with corruption, however, is that it is much bigger than money laundering itself.  And that truth increasingly has the eye of the Biden Administration who is putting the world - and its multinational companies who make it work - on notice in a recent memorandum.

At its root, wide-scale corruption is a cancer on the development of nations. Corruption not only robs nations (developed and emerging alike) of the resources desperately needed to move up the ladder of development, but when it is occurring and moving around the world at scale and in plain sight (which is increasingly the case) it breaks the spirit of the people. The very people that rely on their government to represent them. In the graphic below, Transparency International further highlights that this problem is not an isolated or concentrated problem. 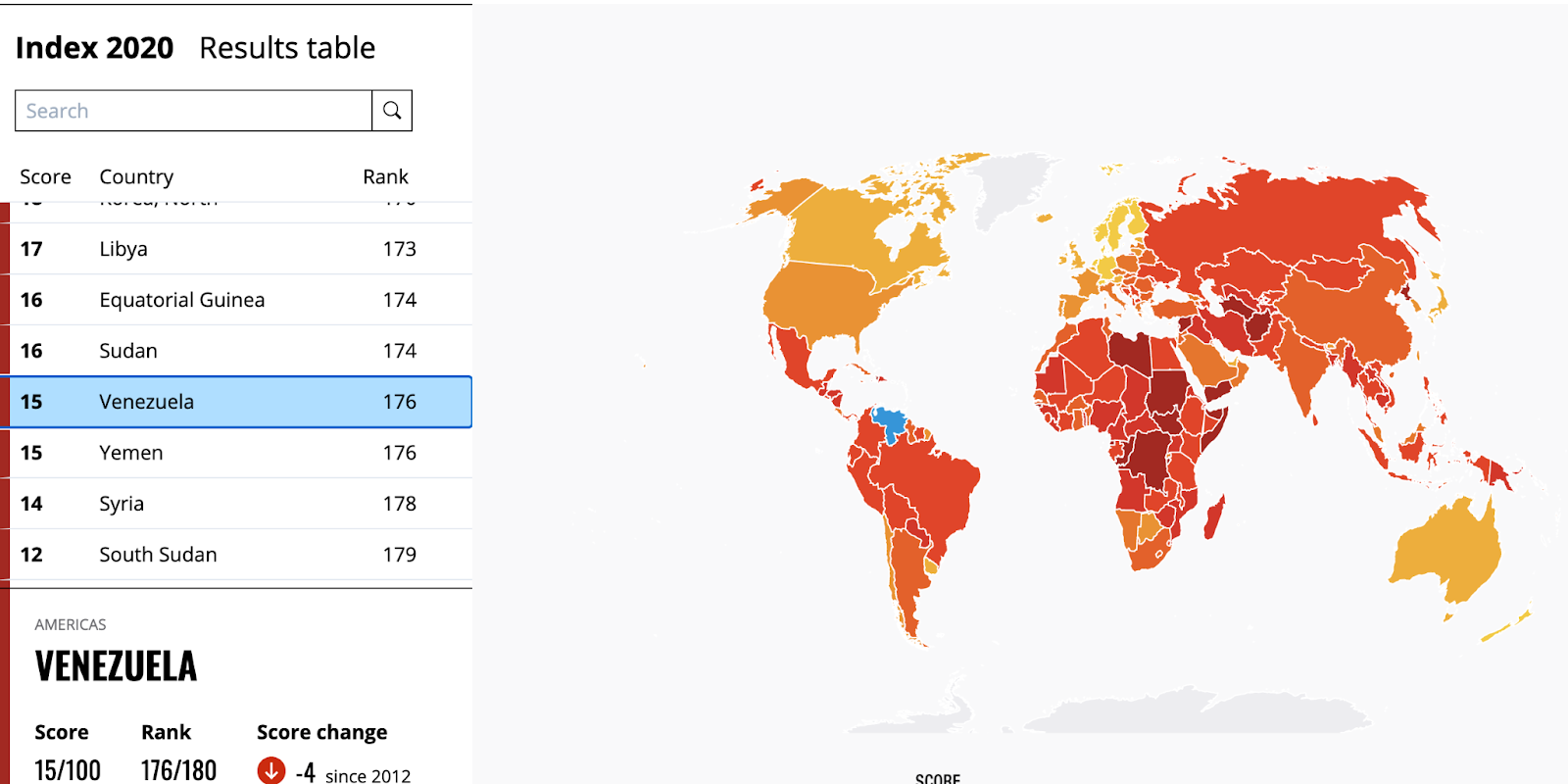 From 2008-2010 I saw first hand in Afghanistan the destruction that can come at the hands of rampant corruption. Uncollected taxes needed to pay teachers and security forces, missed opportunities to attract FDI and multilateral support and further insecurity for millions. And during my service there as the U.S. Treasury Attache, I advocated for the use of targeted sanctions and other tools to go after corrupt officials. But you need not have served in Afghanistan to know  this is an issue that must be taken more seriously, both from a resourcing and a global coalition perspective.

Last week, President Biden announced that fighting corruption will become part of the United States’ national security strategy.  In the memorandum, the President noted that, “[c]orruption threatens United States national security, economic equity, global anti-poverty and development efforts, and democracy itself.”  That’s a lot.  Though to see how it fully fits in, we will have to wait as the Biden Administration is yet to release a National Security Strategy (see interim guidance here).

The implications of a more focused anti-corruption agenda will likely correlate into more resources for the Department of Justice and others like Treasury, USAID and State who all have roles to play in implementing the spirit of the memorandum.  Moreover, the memo highlights the importance of working with allies, a move that would certainly strengthen the impact if done correctly - including better detection, enforcement and ultimately keeping money where it should be.

Finally, the memorandum presents a great opportunity for global banks and corporates to re-visit their anti-corruption programs, assess their real risk, request additional resources and invest in better tools to stay ahead.